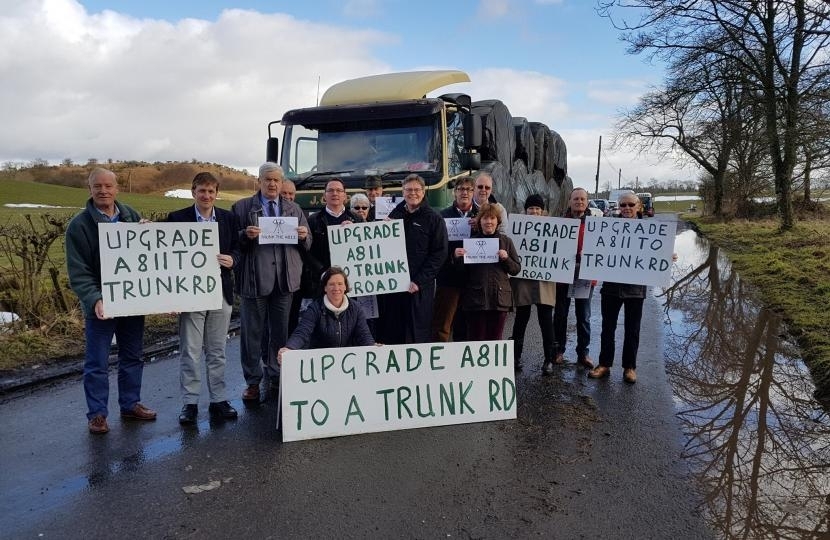 The A811 links Stirling with towns in Stirlingshire such as Gargunnock, Balfron, Kippen, Buchlyvie, and many more. It's also a vital artery for Scottish tourism, with the West Highland Way and the Finnich Glen two significant locations just off it.

However, the road is in a sorry state. Potholes, bumps, scuffs, are found all along the road, causing damage to cars, making the road more dangerous, and in general poorer to drive on.

Trunking the A811 means putting it under the jurisdiction of Transport Scotland. It means more funding for the road, as it will be considered an important part of Scotland's road network.

Sign my petition to support the campaign to get Transport Scotland to consider the A811 for trunking. The Scottish Government refused when I wrote to them, clearly they do not think there is much support for the move. Tell them otherwise!