No Taxpayer funding for Park of Keir 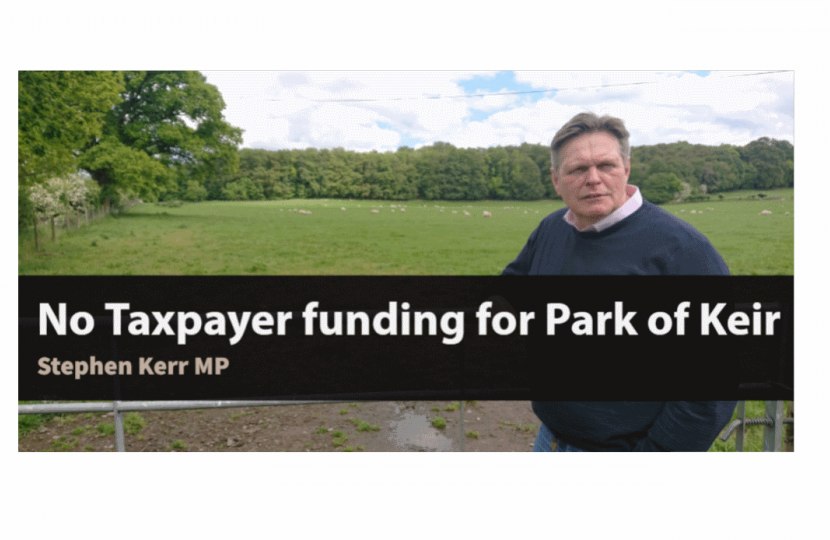 The Park of Keir development is a planned build of luxury housing and sports facilities on the greenbelt between Bridge of Allan and Dunblane, off the Keir Roundabout.

The developers claim the housing is essential to fund the sports facilities even though it will only provide 10-20% of the initial build cost. The developer also claims that the sports facilities will be of local and national benefit in spite of there being no evidence of any demand, no evidence that this is the best site and no viable business plan.

The Local council, community councils, residents, and the Scottish Government's own planning expert disagree. The proposed development would mean the destruction of a large area of greenbelt separating the distinct towns of Bridge of Allan and Dunblane, and it would increase the traffic on the already congested Keir roundabout. The Scottish Government’s Reporter, at the Public Inquiry, confirmed the validity of objections and recommended refusal of the application.

However, instead of listening to the views of the locals and their own planning expert, the Scottish Government ran roughshod over local democracy and gave permission for the build.

This is not only totally unacceptable, but this proposal is very high risk. Would this be a responsible use of public money?

Let the Scottish Government know we will not accept this; sign our petition today.

No Taxpayer funding for Park of Keir