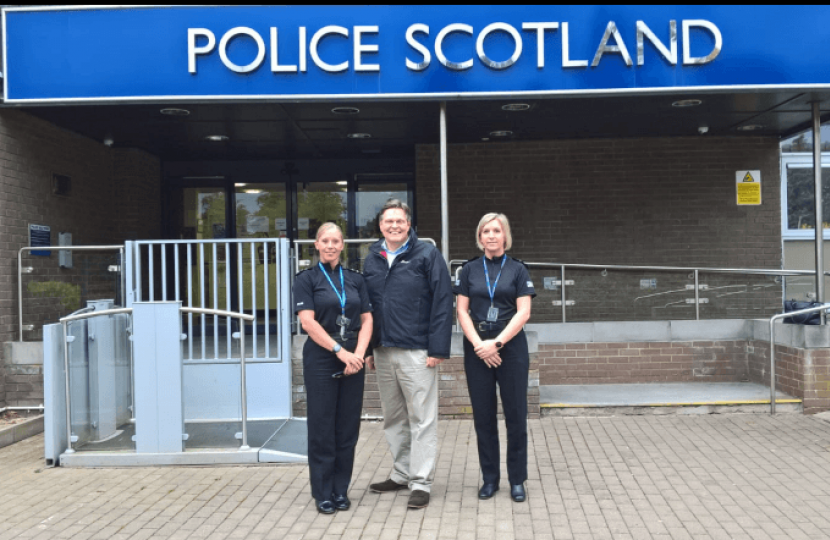 Crime is a problem across Stirling, from dog fouling to drug abuse. I will engage with Police Scotland as I have in the past to link victims to the authorities and stand up for law abiding communities.

One area I have been involved in is the Royals in Dunblane. During a street surgery, many locals raised the issue of repeated anti-social behaviour from several residents in the area. Following this information, I arranged a meeting with local MSP Alexander Stewart and Police Scotland Area Commander Gill Boulton to discuss courses of action.

In response, Police Scotland undertook their own door-to-door, speaking to locals themselves. They are now very much aware of the situation in the Royals, and continued anti-social behaviour there will spur further action from the authorities.

Forth Valley residents attended a “Scambusters” talk on Wednesday, hosted by Stephen Kerr MP in the Mayfield Centre, St. Ninians.