An attack on my religion by a national newspaper. 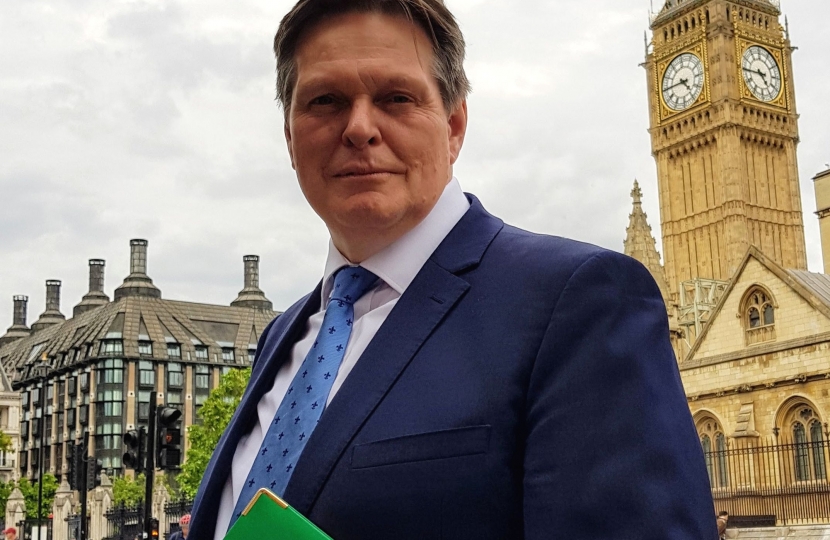 I have written to the Editor of "The National" newspaper, following an article about me.

While it is only fair that all MPs come in for criticism in the press, the National in its article "Heaven help us with these Scottish Tory MPs and their Unionism" unleashed a brazen attack on my religion.

If such an attack was made on Roman Catholicism, Judaism, or Islam by another publication, the National would be first in line to condemn it.

I hope that after further consideration and thought the National will offer an apology to the many thousands of Scottish adherents of The Church of Jesus Christ of Latter-day Saints.

The article can be viewed here: https://bit.ly/2to2Jbz

Below is the letter written to Callum Baird, editor of the National.

I thought it best to write to you directly about the column you published in your newspaper on 28 January 2019. Your columnist, Shona Craven, wrote several things about The Church of Jesus Christ of Latter-day Saints in a way I feel is unacceptable. The sarcastic and belittling language used about a minority faith group, followed by thousands of fellow Scots and millions around the world, is highly offensive.

I would be interested in how you square publication of the article by your Community Editor with article 12(i) of the Editor’s code which states:

“The press must avoid prejudicial or pejorative reference to an individual's, race, colour, religion, sex, gender identity, sexual orientation or to any physical or mental illness or disability.”

The pejorative way that your article mentions The Church of Jesus Christ of Latter-day Saints and its teachings and the prejudicial references made in the article about the Church’s adherents is a clear violation of this code.

I see that your paper also carried a recent article about anti-Semitism and International Holocaust Memorial Day. I spoke in the House of Commons debate to commemorate it. It is worth noting that hatred starts with the everyday sleights levelled at any group of people, whether they be faith groups or any other group. I feel passionately about this subject because I am indeed a member of a faith group that has a long history of persecution and misrepresentation. Happily, those dark days are largely behind us, but the lessons learned are deeply ingrained and any suggestion of intolerance or persecution of any minority religious group or minority group of any kind is anathema to me.

It is fair for your columnists to attack my viewpoint on any issue (and they do with hearty frequency) but attacking people because of their adherence to a faith or to ridicule and demean their religious views is surely never appropriate. Imagine for a moment if your columnist had attacked me for my adherence to Islam or Roman Catholicism or Judaism. It would be rightly condemned as unacceptable. What is it about The Church of Jesus Christ of Latter-day Saints and its members that makes it acceptable to hold them up for ridicule?

I would hope that after further consideration of this article you might feel some regret for running it in your newspaper and that you might apologise, not to me, but to The Church of Jesus Christ of Latter-day Saints and the members of the Church for the offense caused.