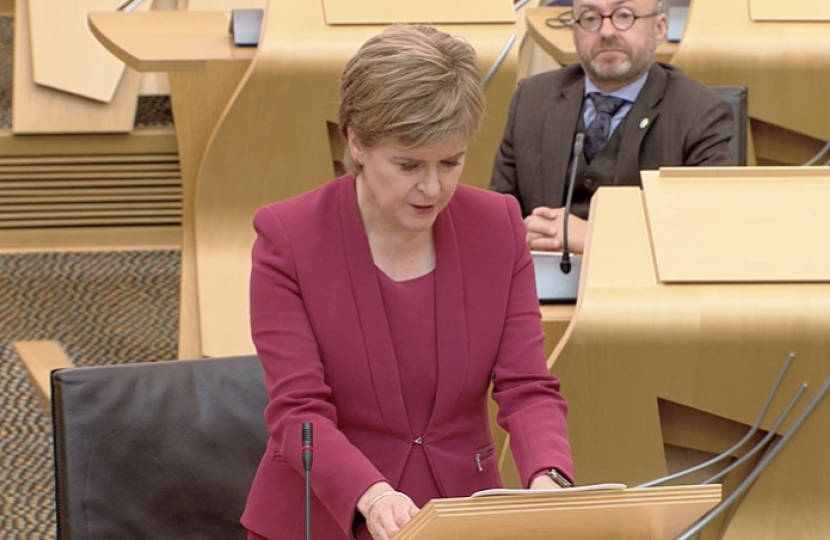 One thing has surely been made clear to all over the duration of COP: for the SNP it’s politics first, and their politics starts and ends with breaking up the United Kingdom with Indyref2.

Before the event had even started, Nicola Sturgeon was seen posing on the front page of Vogue for a 1-to-1 interview. I suppose she is more comfortable in the pages on Vogue than on the streets of her constituency.

When the whistle blew to start the show, right out of the gates Nicola Sturgeon threw herself in front of every camera going, giving no fewer than three interview with UK TV in a morning, where the highlight was her claiming she would “put politics aside” in an interview with Kay Burley, only to state minutes later that “Boris Johnson must not play to a domestic gallery”.

Not only did she contradict herself, the hypocrisy here will be obvious to all.

This statement was shortly followed by the announcement that the Scottish Government would give £1 million to help resolve global climate change. A pittance of a fraction of the funds required, yet the purpose was not to actually help tackle climate change, it was to buy a headline for the SNP in a busy media period.

When headlines aren’t available, the SNP are less keen, as can be seen by their cutting of £9million from Agri-Environmental schemes over the last 3 years. I suppose Scottish farming doesn’t make good press for the First Minister.

In the next days, Sturgeon chased world leaders for meetings and photographs; the only world leader she seemed less eager to broadcast her meeting with was the UK PM; despite her earlier claim she wanted to work with him.

I can go on, as there’s plenty of examples; from Sturgeon’s meeting with Greta Thunberg and demand that “the next few days can’t be comfortable for world leaders” (she didn’t tell Greta about her missed environmental targets or funding cuts), to berating world leaders for failing to meet previous targets (again, see above).

Nicola Sturgeon is the First Minister of Scotland, but it is becoming increasingly clear that she wishes to hold a more international role. She is bored of having to answer questions about the NHS in Scotland, and thinks the genuine issues raised by the Scottish Parliament are beneath her. She can’t even be bothered to remember her own backbenchers’ names.

The Scottish Parliament holds such fantastic potential to improve the everyday lives of Scots. Yet the SNP are using only the powers that they think will give them, and their project to break up the UK, more positive PR. It’s why they have over 50 taxpayer paid press people on their books.