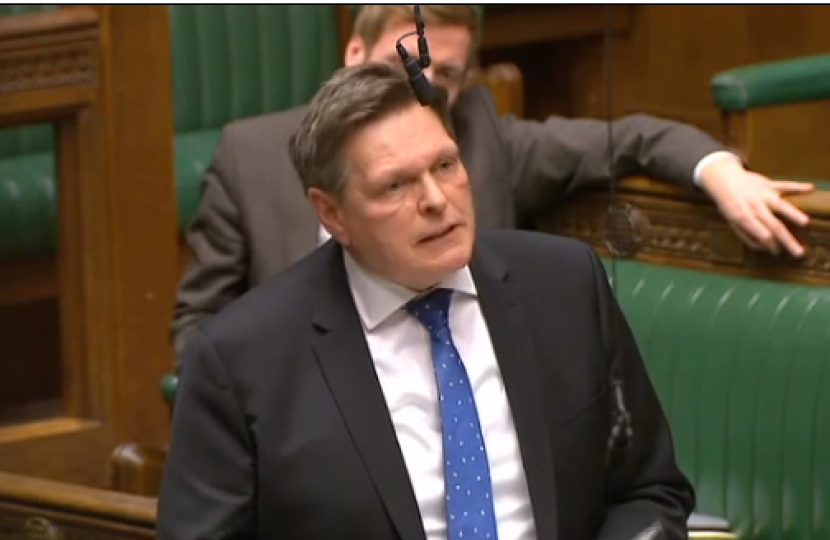 Yesterday, I spoke on the Domestic Gas and Electricity (Tariff Cap) Bill, to outline my views on the energy market, and support the bill as it passes through the Commons.

To summarise, as a member of the BEIS committee scrutinising the energy industry amongst other aspects of governance, I stood to make a speech on behalf of my constituents, who for too long have been paying too much for their energy bills. This hits the most vulnerable in society hardest, as they have to spend the largest proportion of their income on heating and lighting their homes.

The idea of a price cap does is not in opposition to the idea of a free market, rather it is the means to an end. While reducing energy prices, we in Government should start working on creating a consumer-led marketplace, where it is easy to change energy supplier as it is to download a new app on you phone.

As a member of the committee scrutinising the Business, Energy, and Industrial Strategy department, I will be acting to make these sectors fairer for people, and more lucrative for businesses.